Your Book Comes Out When?!? 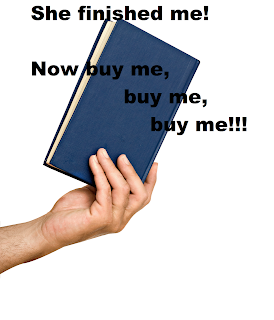 Lately a lot of people have been asking me when my book will be coming out because I guess that's the logical follow-up to "I sold my first book." *insert giddy squeal here* But when I tell them spring 2014, their heads start to look a little implode-y and they tend to gasp, "That long?! B-but why? Doesn't the publishing stork just leave it on your doorstep 9 months after you decide you're at the stage in your life where you're ready for a precious little bundle of pages then you delivery it in a silvery carriage to bookstores where the world embraces it with open arms?"

(BTW this is the direction I'd like to see publishing move in. E-books, shme-books, the Publishing Stork is the way of the future!)

When they don't buy the Stork Strike explanation to that assumption, I've started describing the behind-the-scenes of publishing in terms of how a movie gets made. It's a more accessible media for most of my family members, at least, which means it's a heck of lot easier for them to get--again, for most. 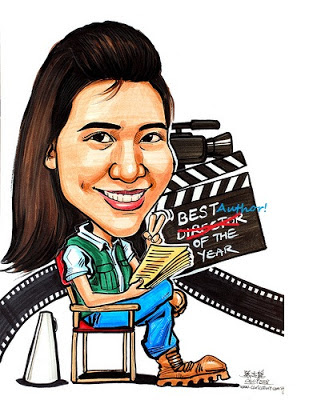 I tell them, as the author, I'm like screenwriter and actor and first editorial assistant and gaffer...depending on the scene I'm writing that day. I poor every ounce of my being into the production of my precious movie-book; I develop character backgrounds out of thin air--because I'm Method and these characters are real people with real history that affect their choices on screen (er, page) damn it!--I construct set(ting)s; I decide when the main characters meets their first love and in turn when said first love inevitably does something utterly unforgivable like grinding with the school schlut at homecoming (I wrote YA, remember?) that leads to self-discovery in the second half of Act 2.

Then my illustrious agent (see all the shiny correlations between Hollywood and publishing I'm making here?) shops the "director's (that's also me!) cut" around, and a studio exec (aka senior editor) loves it so much she convinces the bigwigs (pretty sure this totally technical term applies to both industries) to green light distribution. And that's when, in true Hollywood style, the business of selling your little bundle to the masses begins.

At this point I usually shake the person, who, at this point, is officially sorry they asked, awake and say, "That's where you come in--you're the masses I need to buy my book!"

This analogy generally gets inquiring mind nodding along with me as long as they assume the movie I'm comparing my novel to is an indie that I shot in Pittsburgh in 6 weeks on a sub-mill budget that my dad did craft services for. After the selling is said and done, there's still more to do, and nobody's going to do it but the actors...which, in this hypothetical scenario, is an entire cast of moi.

So, yeah, 2 years seems like a long time to wait for my debut novel to come out. And I know you asked your question and assumed the Publishing Stork existed because you're absolutely busting out of your veins to buy and read my book (thank you in advance!!!!), but I see the wait as time to be a guest on the late night circuit to promote my film-book. And start production on my next new project!

Now you're just as curious about my new project as the one coming out, aren't ya? Well, in true Hollywood form, I am super excited about it, but can't really talk about yet. That's Hollywood--er, publishing?--baby!