Something miraculous has occurred and I feel I would be doing the entire TV viewership an injustice if I did not share. The miraculous event I speak of is the reemergence of  My So-called Life in syndication! (Airing Mondays at 11pm on Sundance channel.)

Go ahead Generation X-ers and Y-ers, screaming is merited here because this means two essentially amazing things. 1) We get to relive our Jordan Catalano teenage dreams through the never aging Jared Leto. I'll give you a sec to let the picture below stir up some of those memories... 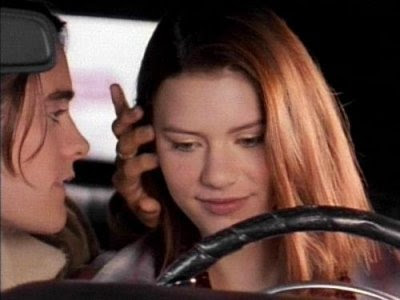 OK, and 2) A whole new generation of girls will be exposed to the fabulous insanity of Angela's identity shifting dye job (hello red!) and friends like Rayanne and Rickie and, er, Brian Krakow and the oh so angst filled relationship with the blissfully monosyllabic Jordan.

The cast was of the time and just plain real in an era before "reality" TV sunk that word into the crapper. But the thing that keeps this show on my Best Ever On TV list is the honesty of creator Winnie Holzman's  (and many others) writing. The anti-quipy-without-trying dialogue is a lesson to anyone who is writing anything. Period. I proclaim (until proven otherwise--go ahead, try me!) the modern YA genre was born in the pages of her pilot script. I say this because the story is still relevant, the characters are still relatible, albeit questionable in the wardrobe department. 17 years later--2 years elder the series main character Angela Chase--the mere mention of this show when I inevitably bring it up at someone mentioning starting a band (possibly named Frozen Embryos?) still gets a hand over the heart, "Omigod I looove that show!" response.

The premature cancellation of this gem is one of the lingering pop cultural travesties of our time. How can a show that is called "the most extraordinary show of the new TV season" by Entertainment Weekly be canceled after only 19 episodes and The Bachelor is on it's 15th season?! I am beyond grateful to Sundance channel for rectifying a tiny piece of this wrong. 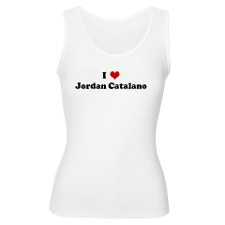 Get the latest from Bethany (Sign up to be the first to hear about book news & signings!)